“Suginosawa Harukoma”, Traditional Performance Celebrating the Arrival of Spring in the Snowy Region of Myoko 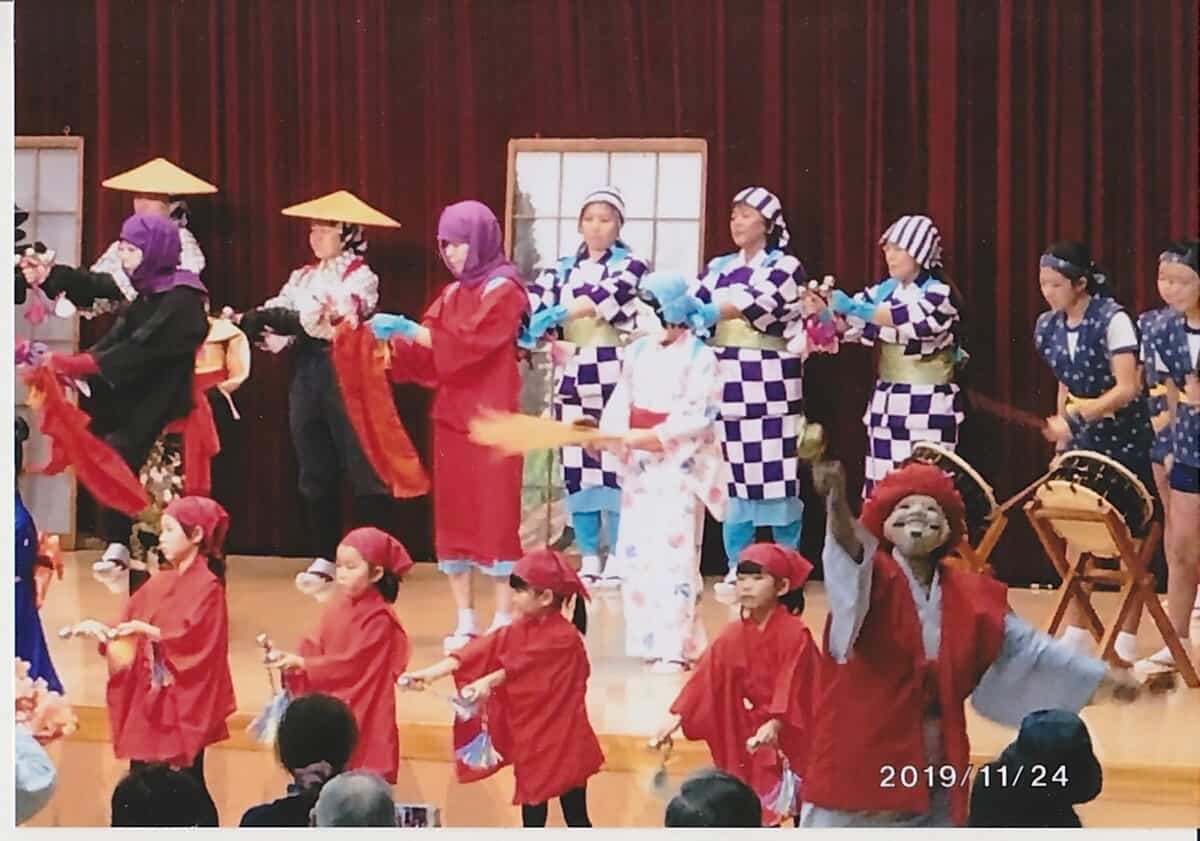 The Harukoma (“spring horse”) song and dance of Suginosawa in Myoko City, is a traditional performance that has been passed down through the area’s generations for over 800 years, commemorating the arrival of spring each year after the long, snowy winter. The words of the song describe how we should all live life in our early years like a lively spring horse, then as we get older to be soft but resilient like the thread of a a silkworm. The performers wear a hood and a mask, and cheerfully bang household objects like rice paddles, brooms and soup bowls in a percussive way. The Harukoma had traditionally been performed at local weddings over hundreds of years to celebrate the future of the bride and groom, until the custom began to disappear in the middle of the last century. In order to protect and pass on this tradition in the local community, in 1996 the Harukoma preservation committee was officially formed. Now, the Harukoma has been officially designated as an intangible folk-culture property of Myoko city. Enjoy this opportunity to meet the Suginosawa locals who are conserving this colourful tradition for future generations.

► Live performance by Suginosawa locals, preserving the Harukoma tradition for future generations.
► Join in with the Harukoma performers to learn the song’s dances and beats. Spend some time to interacting with members of the organization. Souvenir chopsticks commemorating Suginosawa’s rich forests.

◯ Transportation to/from the meeting point
◯ Insurance (please purchase travel insurance in your own country).
◯ Anything else not specified. (The bank transaction fee shall be covered by the customer.)

The activity will include 20 minutes of practice and 15 minutes of dancing with the members. Enjoy moving your body as much as you’d like.

The organization members will teach you the simple dance and do it with you.

► Clothes you can dance in

► If stormy weather is forecasted, the activity may be canceled. In this case, contact will be made by the evening of the day before and there will be no cancelation fees.

► Due to the schedule of the organization, the requested dates and times may not be available.
► The number of performers will be adjusted to the customer’s request (extra fee may apply).
► Depending on school schedules, local children may or may not be included in the performance.
► Please refrain from drinking alcohol during this activity.