Visit to the Shugendo Training Ruins of Sekiyama Shrine of the Sacred Mt. Myoko

with a local guide 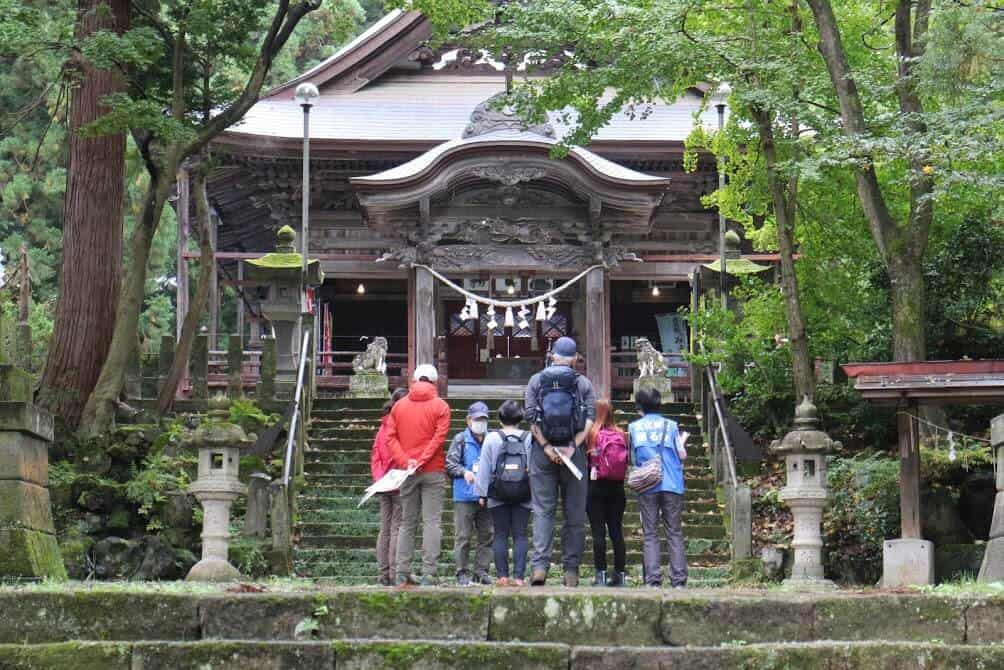 Mt. Myoko has long been considered a sacred mountain where spirits live, as well as a place of worship and for “Shugendo” religious training. Visitors to the tour will be guided on a visit to the Sekiyama Shrine, a shrine for Mt. Myoko that is accessible to the residents of its neighbourhoods, to retrace the footsteps of Shugendo pilgrims. In the heyday of the Sekiyama Shrine, it had a complete 7-structure compound, with about 70 lodges for pilgrims. However, in the late 16th century, it was burned down by Nobunaga Oda, a samurai warrior. Later, during the Edo Period, the shogunate redesignated the shrine as a centre of authority for the surrounding area, and it became the organising body of rituals and public projects, with responsibility for the maintenance of public order. Also during this era, there was annually one day designated when worshippers were permitted to climb Mt. Myoko. Legend says that up to 1,200 people could make the ascent from the Hozo-in (managed by Sekiyama Shrine) to the summit of the mountain to raise their village banners and blow a conch shell. Visitors today can see the historical Buddhist stone statues and other stone monuments of the Shinto shrine while admiring the “shakkei” of the Hozo-in garden (designated a site of natural scenic beauty) which incorporates the view of Mt. Myoko as part of its scenery.

► Enjoy the knowledgeable explanations of a friendly local guide.
► Enter the main shrine building, which is normally closed to the public, and view the treasures and relics of the mountain of worship.
► Stamp of Sekiyama Shrine seal (go-shu-in).
► Symbolic experience in Hozo-in garden of climbing a tribute to Mt. Myoko (including a climbing certificate!)

◯ Transportation to/from the meeting point
◯ Insurance (please purchase travel insurance in your own country).
◯ Anything else not specified. (The bank transaction fee shall be covered by the customer.)