A "Hot" Challenge to Protect Kanzuri, the Traditional Fermented Seasoning of Myoko 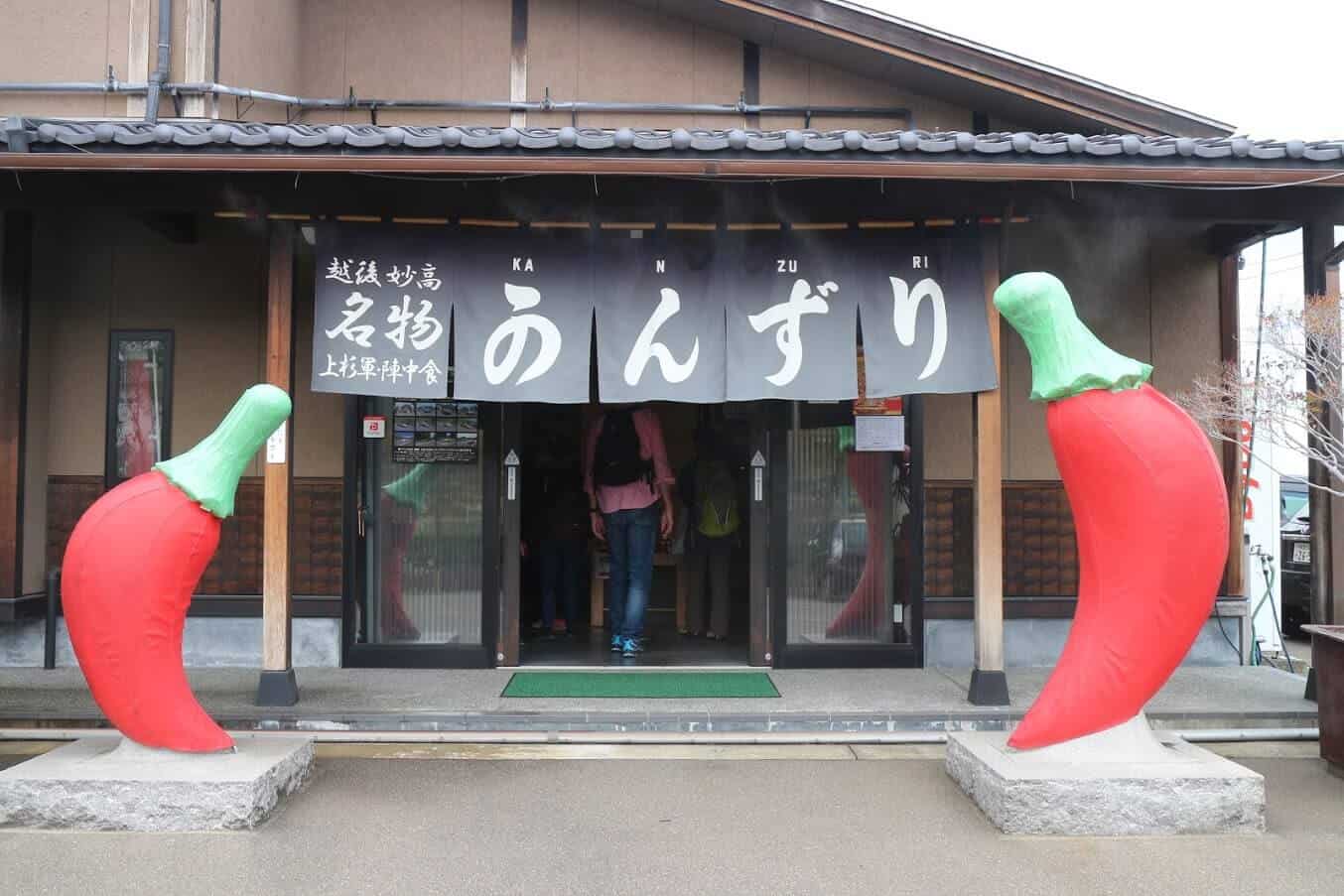 Kanzuri is a traditional, fermented seasoning used to warm up the body during the cold winters of Niigata. The recipe has been passed down through the generations for over 400 years. While each household had its own variation, the base is thick, red chili peppers that are preserved in salt. In Myoko, there is even a seasonal poem about the sight of kanzarashi - where the red chili peppers are scattered onto the white snowy ground to remove their harsh taste. However, with the arrival of modern conveniences such as refrigerators and supermarkets, the culture of making kanzuri was becoming lost. In order to preserve this traditional food, the Kanzuri company was established. Despite facing many challenges over the years, the Kanzuri company continues to develop various new kanzuri products and has a policy to only use peppers grown on its own farms or from contracted local farmers. These products are sold in shops all over Japan and overseas. Please enjoy the "hot" story of Kanzuri’s many challenges, and the "hot" taste of kanzuri!

► Learn the story of the 3 generations of father, son, and grandchild working together to be successful at preserving kanzuri. Sample snacks prepared for your tasting.
► Enjoy the unique flavor of kanzuri, only found in Myoko, and tales of the struggles to protect the local tradition.

◯ Transportation to/from the meeting point
◯ Insurance (please purchase travel insurance in your own country)
◯ Anything else not specified (The bank transaction fee shall be covered by the customer.)

If strong winds or bad weather are forecasted, the activity may be canceled. In this case, contact will be made by the evening of the day before and there will be no cancelation fees.

► Tour not available on weekends, holidays, or scheduled closed days.
► Kanzuri is a spicy seasoning. Please be careful if you are sensitive to spicy food.